Perast is an old town on the Bay of Kotor in Montenegro. It is situated a few kilometres northwest of Kotor and is noted for its proximity to the islets of St. George and Our Lady of the Rocks. Near Perast there are two islets: one is called Sveti Đorđe (St. George) and the other Gospa od Škrpjela (Our Lady of the Rocks), and each has a picturesque chapel.

Gospa od Škrpjela is particularly interesting given that it is the only artificially-built island in the Adriatic, with an area of 3,030 m² — it was built upon a rock (Škrpjel) after two Venetian sailors from Perast found a picture of the Virgin Mary on it in 1452.

Kotor is a coastal town in Montenegro. It is located in a secluded part of the Gulf of Kotor. The city has a population of 13,510 and is the administrative center of Kotor Municipality.

The old Mediterranean port of Kotor is surrounded by fortifications built during the Venetian period. It is located on the Bay of Kotor (Boka Kotorska), one of the most indented parts of the Adriatic Sea. Some have called it the southern-most fjord in Europe, but it is aria, a submerged river canyon.

Together with the nearly overhanging limestone cliffs of Orjen and Lovćen, Kotor and its surrounding area form an impressive and picturesque Mediterranean landscape.

In recent years Kotor has seen an increase in tourists, many of them coming by cruise ship. Visitors are attracted by the natural environment of the Gulf of Kotor and by the old town of Kotor.

Kotor is part of the World Heritage Site dubbed the Natural and Culturo Historical Region of Kotor. 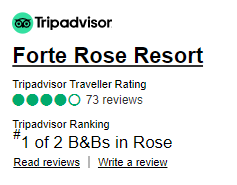